Get the stereo sound you want out of the Nintendo Entertainment System with the NES Stereo Mixer! (See video) 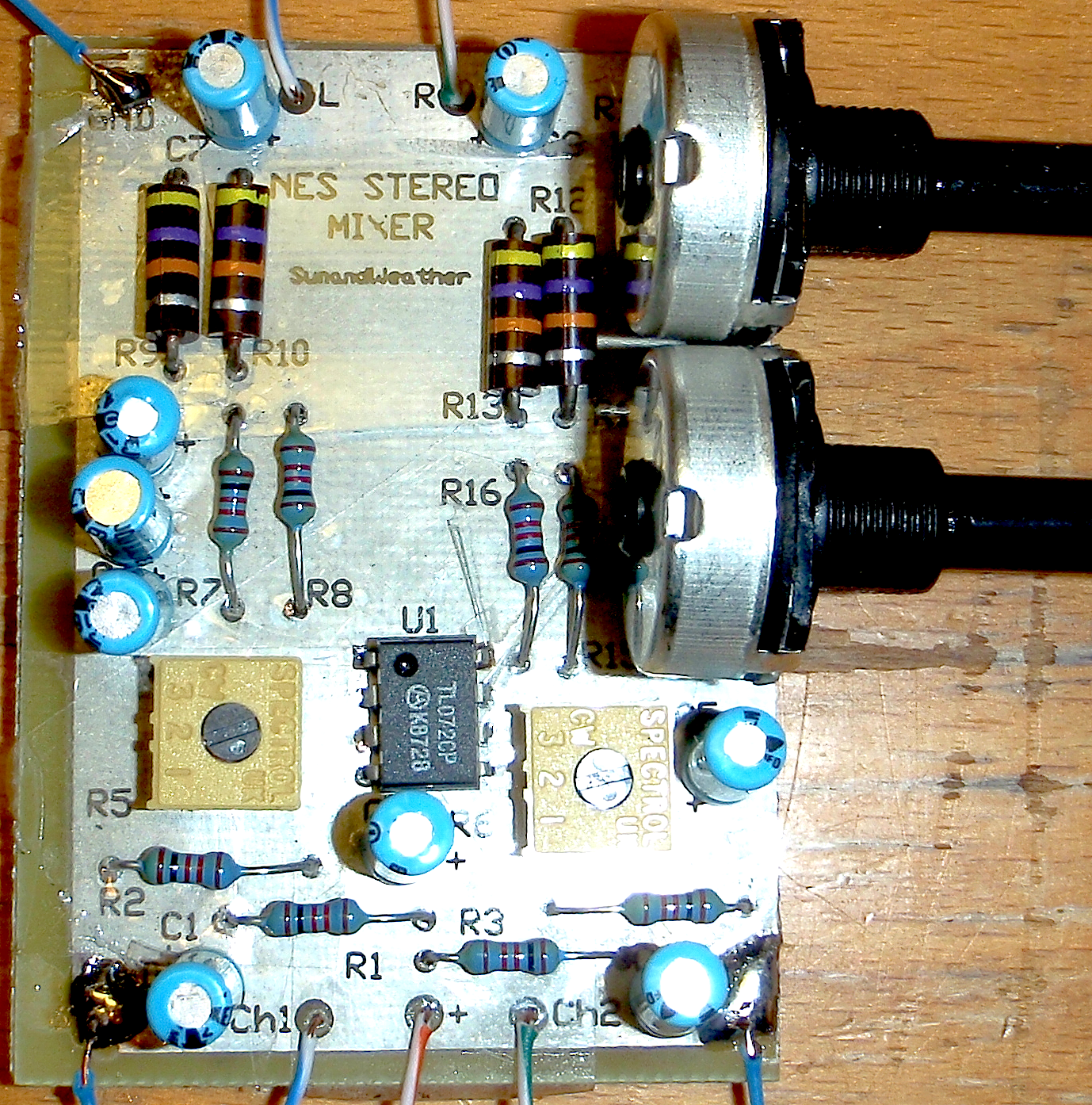 The NES sound chip has five voices which are merged into two analogue outputs. The NES Stereo Mixer lets you distribute these two outputs in any way you like between the left and the right channel; letting you customize the stereo audio to just the way you want it.